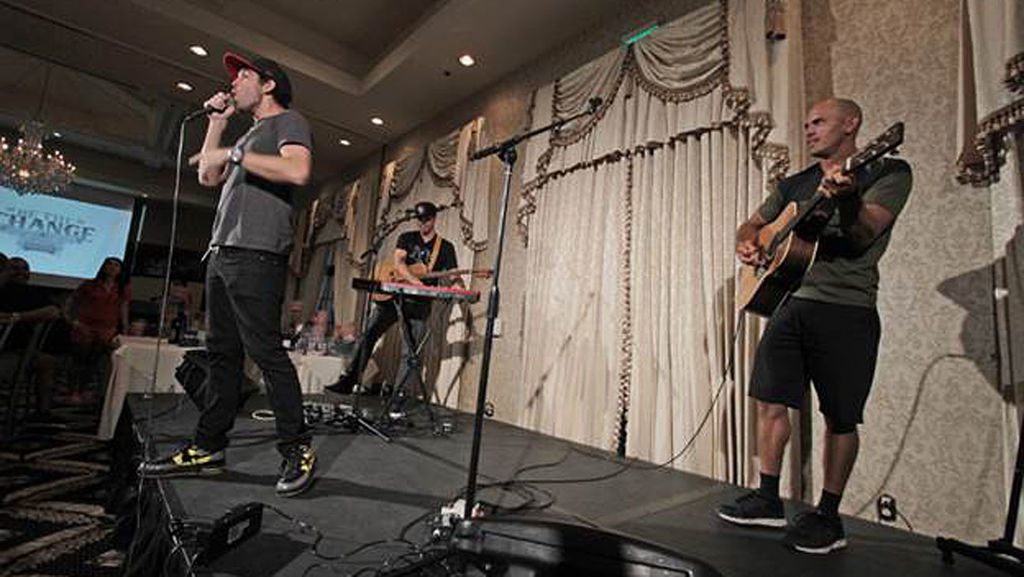 The event, hosted by the Sheckler Foundation, raised more than $200,000 for injured sports athletes and children in need, all in the name of its “Be the Change” initiative.

The panoramic Trump National Golf Club in Rancho Palos Verdes served as the backdrop for Monday’s charity event, which drew the likes of returning actors/attendees Wilmer Valderrama andDanny Masterson along with Chris McDonald, perhaps best known for his role as Shooter McGavin in Happy Gilmore.

After hitting the links, the golfers convened inside the clubhouse to participate in a live auction. The $200,000-plus was the most the foundation has ever drawn.

Guests were treated to a performance by 11-time world champion surfer Kelly Slater, who joined singer Kelley James onstage to write and play a song for the finale.

Sponsors included Oakley, Nixon, GoPro, Red Bull, Ford and Fred Water, the last of which served as the benefactor for the crowd-favorite, $5,000 Helicopter Ball Drop.