"An Oscar Story" Guest Board

An “Oscar Story” is now available! As a Sheckler Foundation SkateBOARD member and leader in the Adaptive Skate community, Oscar Lorteo Jr.  and Sandlot Times are committing 50% of the proceeds to benefit the #ShecklerFoundation ‘s Adaptive Skate Programming in 2023. Score one and support today while supplies last!

“I am very excited for this collaboration with Sandlot Times and the Sheckler Foundation,” stated Oscar Loreto Jr.

The Sheckler Foundation and Sandlot Times is proud to support Oscar and the Adaptive Skate Community.  "An Oscar Story" is now available on SandlotTimes.com for $79.99 while supplies last.

DECEMBER 2, 2022 (San Clemente, CA) - Today, Sandlot Times and the Sheckler Foundation released an Oscar Loreto Jr. guest model skateboard to benefit the foundation’s Adaptive Skate Programming in 2023.  As a Sheckler Foundation SkateBOARD member and leader in the Adaptive Skate community, Oscar and the team are committing 50% of the proceeds to impact children with physical disabilities to get involved in skateboarding.

Oscar Loreto Jr. was one of the Sheckler Foundation round three "Be the Change" finalists in 2014 when we had the privilege of first meeting him. Oscar was born in Hollywood, CA in July of 1986 with a congenital birth defect that caused him to be missing his left foot, his left hand and four fingers of his right hand. After countless doctor visits as a child, he learned and adapted to his prothesis quickly. He learned to write with both his hands and lived a close to normal childhood.

Soon after middle school, Oscar opened "Pandoras Box" of skateboarding which eventually led him to where he is now, giving back by helping to create opportunities for children with physical disabilities to get involved in skateboarding.

“Oscar is the man and has always supported me and the Sheckler Foundation,” stated Ryan Sheckler. “It is an honor to be able to give him a signature guest board. He deserves it!”

“I am in awe and it truly is a dream come true to have this guest board that not only will normalize disability, but also be a conduit to further the great work the Sheckler Foundation does with their Adaptive Skate Programming. I’m so grateful to Ryan, Gretchen, Angelique, Michael and everyone at Sandlot Times and the Sheckler Foundation for believing in me and the Adaptive Skate Community.” - Oscar Loreto Jr.

The Sheckler Foundation and Sandlot Times is proud to support Oscar and the Adaptive Skate Community. An Oscar Story is now available on SandlotTimes.com for $79.99 while supplies last.

BUY NOW!
Be the Change

SKATE FOR A CAUSE TOUR: This is who we are, it’s what we’re all about, join the movement to "Be the Change"! See you on our Skate for a Cause Tour!

"Our amazing skate family across the country has been asking us for years to take Skate for a Cause on the road to reach more people. It's been a blessing to have this event in California the past 9 years, but I'm really stoked to celebrate our 10th year with a Skate for a Cause tour."

Skate After School: Our First Tour StopSee all of the details here
Welcome to the Sheckler Foundation

We’re delighted you landed here. We must warn you, working with our charity can be very addicting. As you come back to our site, time after time, you will see how your support of our events and online initiatives positively effect and change lives. We want you to be a part of our family and help us in our efforts to educate, equip and empower our community to “Be the Change, they want to see."

How we are helping
About the Sheckler Foundation

With the help of our loyal sponsors, volunteers and supporters all over the world, here is a little recap of some of the things we've done over the past year. We have met many amazing people with incredible stories and abilities.

The Sheckler Foundation is proud to share with you the story of our "Be the Change" $10,000 grant recipient, Team Lilly Foundation.  Please take a moment to watch and share this video to keep their message going and growing. Creating awareness, creates change and we are ALL in this together.  Thank you for your loyal support, because of YOU we are able to continue our mission to be the change we want to see. 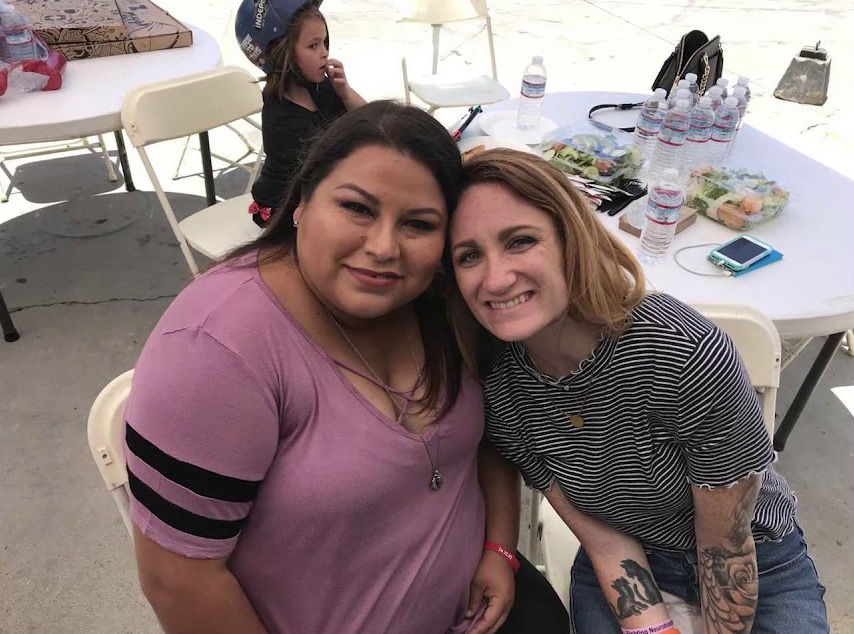 Join today to stay up to date!